1When my husband left for a few weeks earlier this summer, I dreaded being home with her as much as I looked forward to it. Not simply because of the anxieties that came with being home alone with her, but because she is the biggest daddies girl I have ever met. Her father can do no wrong in her eyes. Why yes, he did go hang up the moon last night, and he surely put the sun in the sky this morning, all for her. She’s convinced. He’s her knight in shining armor. He’s the peanut butter to her jelly, the Boots to her Dora. He is E V E R Y T H I N G. And I don’t mind at all. I prayed while she was in my womb that she would be a daddies girl and that they would have the best relationship ever because I’ve seen what happens when some girls miss having a daddy and, well, that wasn’t going to be my child.

While I looked forward to some bonding time with Johanna, I knew I was going to be tested, tried, exhausted, and pushed to my limits. Like most kids she missed her dad big time and I was left hyperventilating over not having a break. I mean, who was going to entertain her while I tried to use the bathroom? Who was going to answer all of her demands? Surely not me! That’s her father that likes to run himself crazy every time she yells “I want juice! Where’s my gummies! I want to go outside! Play with me!” Those are the things her daddy does. And while I love him and appreciate him for being that father, I found myself worried about the connection I would have with my own daughter since I can’t give her that magical thing she finds in her daddy.

The one thing that bothers me about motherhood at this particular point is the emotional mood swings these kids go through, and trying to decide what’s punishable and what isn’t. My goal with Johanna is always to keep the lines of communication open. I want her to grow up feeling like mom is a soft place to fall, and like she can tell me anything. But I also want her to grow up being respectful, kind, obedient, and trustworthy. While JD was away I found myself daily sending Johanna to timeout and giving her spankings at least twice a week. I was confused and upset. Trying to decide if her offense was a punishable one, or if it was a time to only have a talk was so frustrating for me. It was in those moments that I wish I had a mother to call and ask for advice. Although truth be told, I have a feeling that no matter what Johanna did, my mother would’ve been on her side because she would’ve been so enamored by her.

I was in serious emotional distress and having to make those decisions on my own had my head spinning. I never wanted my child to fear me, I wanted her to respect me. She doesn’t fear me now, but I’m afraid that if I don’t figure out this discipline thing, she will. Honestly friends, I don’t know what the hell I’m doing. For the first time on my journey of being a mom, I’m looking for the darn manual!

Johanna is super smart, sweet, and stubborn, disobedient at times, sneaky other times, a ball of laughs majority of the time. I’m trying to figure out the right ingredients to make the sweet sweeter, and the disobedience evaporate. I don’t know how to do that. I’m not afraid to say I NEED HELP!

I’ve been reading proverbs as part of a bible challenge for July, and it is full to the brim with good advice. It gives a great foundation for how to raise your kids. I’m still learning. I’m just waiting for the day where this becomes second nature. When I know exactly what she needs at the time. She’s so hard to read. I want to be able to read her and get my response right. I don’t want to make any mistakes, although I know that’s unrealistic, and not only will I make mistakes, I actually already have. Always in the back of my mind is that I don’t want a ruined relationship with my daughter. I don’t want to hurt her soul. I don’t want to make those kind of mistakes.

As I watch her balled up in bed snuggling the cat, I am reminded of two instances with my mother. One when she was alive and well, the other when she was lying in the hospital dying. I asked her on both occasions what she thought of me being a mom. Both times, even with dementia the second time, she said “I think you’ll be a great mother. I really, really do Yeah, you will be.” And I know that she meant it. She looked at me in a thoughtful way and her face showed that yeah, she’d made up her mind, and she knew it to be true. So while I’m making my mistakes, and I’m trying so hard to be the mother Johanna deserves, I’ll remember that my mother, even in heaven, already approves, and that means the world to me.

One thought on “Motherhood for Dummies” 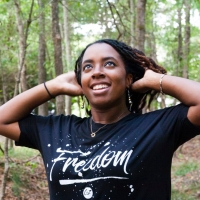