I have thought about starting this post so many times over the last two weeks. I don’t know what has stopped me from posting. Was I trying to find a witty way to say it? Something more clever than blurting it out? I don’t know, but each time I opened my notebook to write, I quickly closed it back and decided that I would find a better way to write it later. A part of me thinks that I just wanted to keep this to myself a little longer, although I went facebook public about a month ago. Still there was this whole section of my life that didn’t know and I felt comfort in that. Believe it or not, I even struggled with posting to facebook. I don’t know why I finally did. I almost wanted to just keep it a secret until I was ready for it not to be.

No, it’s no Earth shattering event, at least for you all. But it changes me. It changes who I am, it will change how I parent, how I wife, how I friend, just as Johanna changed me. One day I will share my pre-pregnancy story, but not now. Right now I’m still trying to figure out this whole two child thing.

Two kids. Two. No longer just Johanna and I. I mean, of course, it hasn’t just been Johanna and I all along since there’s also my husband and her fur brother Pepper, but… in so many ways, it has just been me and her. Since I’ve begun homeschooling it’s been even more just she and I. I like us, me and Johanna. And I’m scared. I’m scared of losing us. I’m scared of how us changes when it’s me, Johanna, and ______________. It breaks my heart that I won’t be able to hold her all night long because there will be a baby to take care of. I’m totally going to miss the one on one. The thought of it ending sometimes knocks the breath out of me.

I know it’ll be good. I know that having a sibling will be amazing for her (or at least that’s what I hear because being an only child and all I don’t really see the thrill). Everyone tells me having two is great, and I’ll love watching them love on each other, and I believe them. She’s excited to be a big sister and I believe she is going to be an awesome sister. She’s going to be a great helper to mommy and she’s going to love this kid. She is ready, she’s all in, and I love that!

I’m not all in. I’m still trying to get all in.My husband is still trying to wrap his mind around it. This baby is not unwelcomed, but it is a bit unplanned so the surprise is real. All of our desires and fears came rushing to us when we found out. Like, is this really happening? It is. It really is. Ready or not, here baby comes.

So that’s my secret. That’s the secret that I’ve been holding close to my chest. It’s the thing that has kept me from being the blogger I want to be. I can’t even explain to you the symptoms I’ve had with this bean. It’s so incredibly different than Johanna.

I’m excited now that you know. I can finally blog about all the things I’ve been wanting to say since I found out. I can do a whole post about symptoms that no one will probably care about but me. I can dish about all the good stuff too.

If you asked me for one word to sum up how I feel today, I would have to say blessed. I truly feel blessed at this moment that God chose us for this one. Yes, everything else I said before is true too, but…a baby…A BABY! God is good. 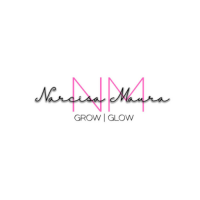